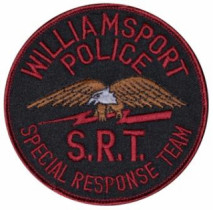 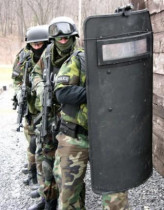 The Special Response Team’s responsibilities include, but are not limited to, executing high risk search warrants for any police agency within the county including our Lycoming County Narcotics Enforcement Unit, serving high risk warrants that are determined to be beyond the capabilities of regular patrol officers, assisting with Hostage/Barricade situations, and Dignitary Protection details.

Entry level requirements for SRT Team members include a minimum of 2 years as a police officer, passing stringent physical fitness and firearms qualification standards, and a probationary period for new appointees where they must demonstrate proficiency in tactical maneuvers.

The SRT Team is supervised by a Team Commander, Team Leader and Assistant Team Leaders. It has two Selective Marksmen, and four Tactical-Medics. Other members of the Team are assigned a variety of duties. Each member is personally committed to the Team and their profession. 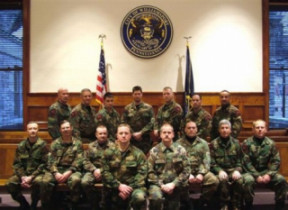