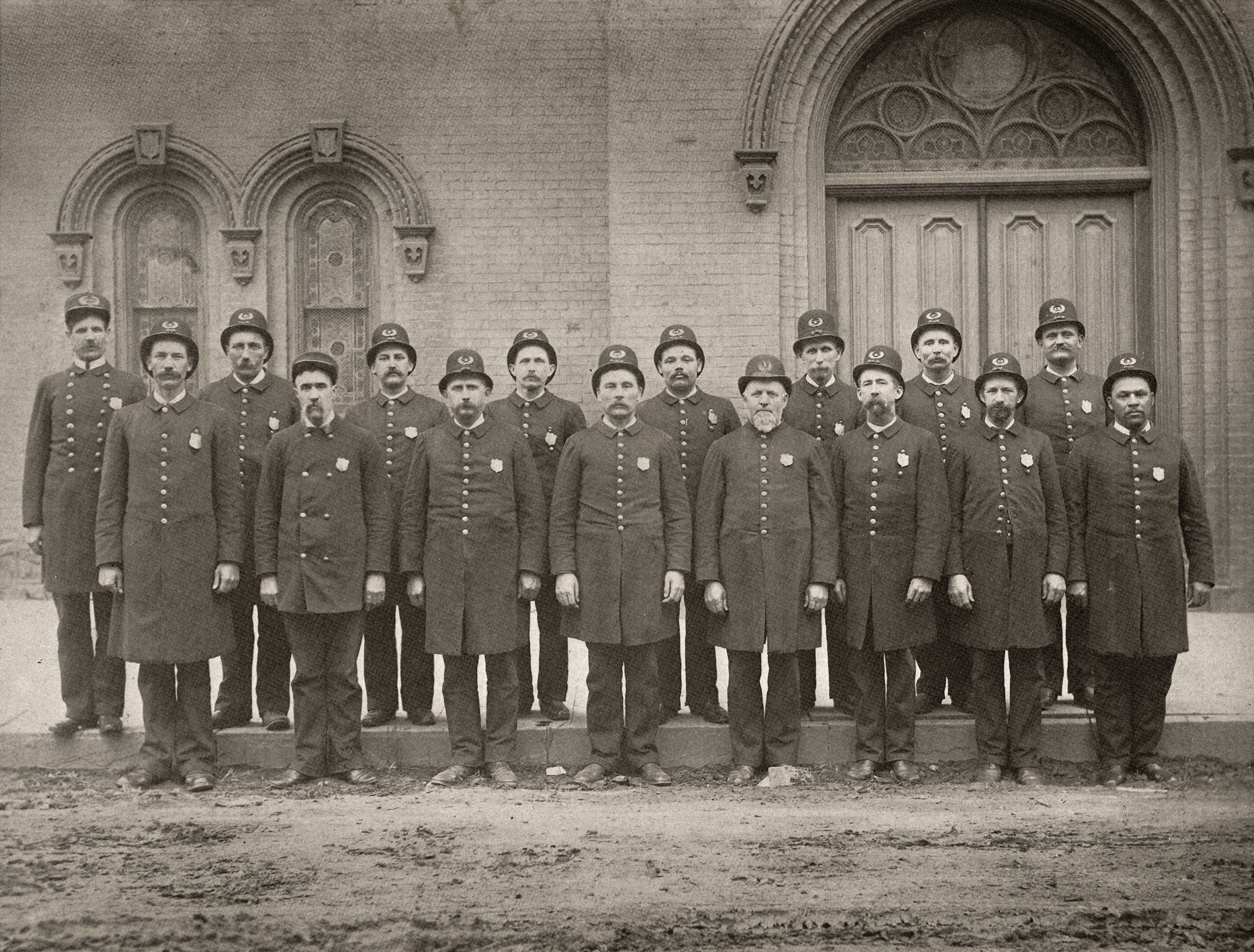 Prior to the city's incorporation, the Borough of Williamsport was policed by a duly elected constable and high constable for each ward, with the borough’s Chief Magistrate being a burgess.  This was from 1806 until 1850 and it was their sworn duty to preserve the peace and dignity of this growing town.  In 1850 the town hired its first policeman.

Samuel B. Coder was hired in 1850 as the Borough of Williamsport's first policeman.  John Markley was appointed as a policeman in 1865 and records indicate that during this same time frame Rufus C. Swan also served as a borough policeman but it does not indicate exactly when this occurred only that it was sometime prior to the city's incorporation.  Constables continued to serve during this time and exercised full arrest powers.  Samuel Coder appears to have served in this capacity until the time that Williamsport was incorporated as a city in 1866.

The City of Williamsport’s was incorporation on January 15, 1866, with city government organizing through the winter months and into the spring of 1866.  Maj. James M. Wood was elected as the city’s first mayor in May of 1866. Corresponding changes in city government became necessary so two bodies of councils were formed and it was decided that a regular police force was needed.  The appointment of a regular police force was authorized by an Act of Assembly on March 21, 1867 and on June 4, 1866 Chief of Police Alexander M. McFadden was appointed with Samuel B. Coder, Appolos W. Grafius, and George W. Wilkinson all serving as police officers.

This was the beginning of a proud 154-year history involving dedicated and professional public service to the City of Williamsport by nearly 500 Officers who have donned the uniform.